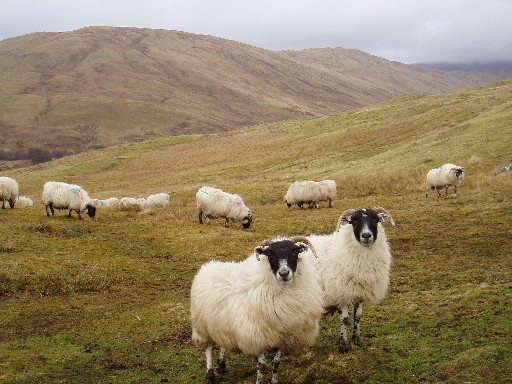 Gestation efficiency in sheep is defined by the proportion of ewes known to have conceived that give birth to viable lamb(s). Average fertilization rate is around 90-95%, however, not all embryos and fetuses will survive until delivery. During early pregnancy, losses are defined as early embryonic (from fertilization of the oocyte to day 16, implantation of the embryo) and late embryonic death (from day 16 to day 30, corresponding to the end of organogenesis). Abortions (termination of a pregnancy after the end of the organogenesis) can occur at any stage of pregnancy but later term abortions are more often noticed.

Nutritional factors:  undernutrition before mating or insemination, and during the early embryonic period, may impair oocyte quality and reduce the production of progesterone, interferon Tau, proteins and other growth factors essential for early embryo development. Conversely, very high protein intake, when associated with unbalanced energy supply, may lead to high nitrogen and urea blood concentrations that have detrimental effects on the embryo. Similarly a very high plane of nutrition will also reduce peripheral concentrations of progesterone thus increasing the risk of embryo death. Trace elements and vitamin deficiency (selenium, copper, zinc, iodine, manganese, vitamin A and E, beta-carotene) are associated with low embryonic survival.  By contrast, excessive selenium supplementation during early gestation is associated with reduced embryonic survival rates. Mycotoxins, particularly Zearalenone which has a chemical structure similar to estrogen and can produce an estrogenic response in animals, are involved in both late embryonic and fetal death.

Maternal factors: embryo survival is influenced by ovulation rate with estimates of embryo⁄fetal loss of 12%, 18% and 26% for ewes with one, two or three ovulations, respectively, as a consequence of placental insufficiency. Disease conditions, stress (e.g. poor handling, shearing, predator attack), trauma or hyperthermia in the ewe may result in embryonic or fetal death, at any gestational stage. Metritis, although uncommon in ewes at time of mating, may also be involved. There is some evidence that embryo survival is lower in ewe lambs that in adult ewes, probably because of lower embryo quality and ability to attach to and implant in the uterus. This may be dependent on the degree of sexual maturity reached at breeding.

Environmental factors: heat stress may lead to a delayed development of the embryo during the immediate two weeks after fertilization and to lack of recognition of the embryo by the uterus.

Genetic causes: genetic abnormality in the conceptus (at the chromosome or gene level) may induce early or late embryonic or fetal death. These may be inherited, appear during the first cell division after fertilization, or be induced by toxins (e.g. from plants or drugs).

It is normal for 1.5–2% of ewes to abort in any one year, but abortion outbreaks with rates above 5% should be investigated.  However, the aetiology of early embryonic losses is difficult to investigate because there is no practical way to distinguish them from fertilization failure.

At 18 days after mating, determination of progesterone serum concentration can be used to early detect non pregnant ewes (non fertilization or early embryo mortality). From 25-30 days of pregnancy or later, pregnancy status can be established using transabdominal ultrasonography (embryo visualization). Concentration of PAGs (Pregnancy-Associated Glycoproteins), in serum and milk, can also be used for diagnosis of early pregnancy (days 22-60 post-breeding, depending on method). Late embryonic mortality can be diagnosed when a ewe is supposed pregnant 18 days after mating (high progesterone serum concentration), but is later detected as non-pregnant with transabdominal ultrasonography or PAG concentration.

These methods have high predictive value to determine whether ewes are pregnant or not at different stages of pregnancy. Ultrasonography can also detect fetal mortality and is helpful in determining the number of viable fetuses. Determination of exact causes of abortion requires knowledge of clinical signs, flock history and, in some cases, laboratory diagnostics, and is often helpful to steer control and prevention measures, including treatment and vaccination plans. Most importantly, adequate biosecurity and biocontainment measures may help to prevent the introduction and spread of abortive disease.

Each farm or flock may have different risk factors and abortion at different gestational stages. Identifying the main reasons for abortion and the more important risk factors are the key steps in developing mitigation strategies. Recording individual breeding dates, ultrasonography dates/results and abortion data, in order to identify when and why sheep do not lamb, will help to improve gestation efficiency. 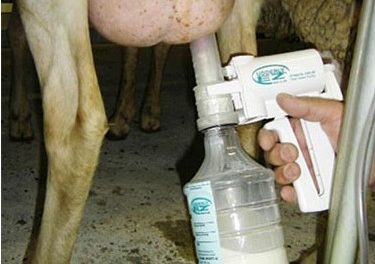 Use of a manual pump to collect colostrum 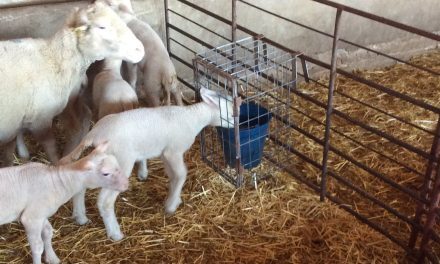 Cage to provide water to lambs 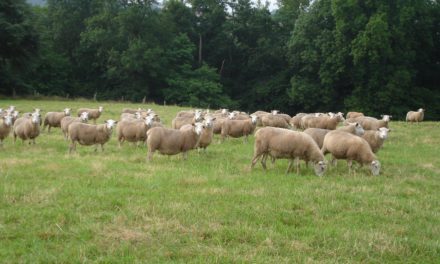 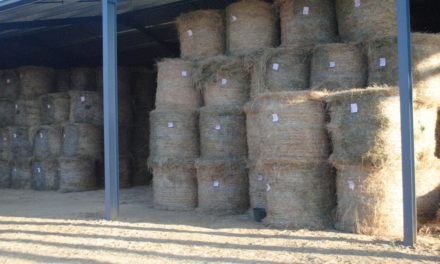 Managing the transition of breeding replacements